Woohoooo!! It is that time of the month again The Vegan Box has arrived!! 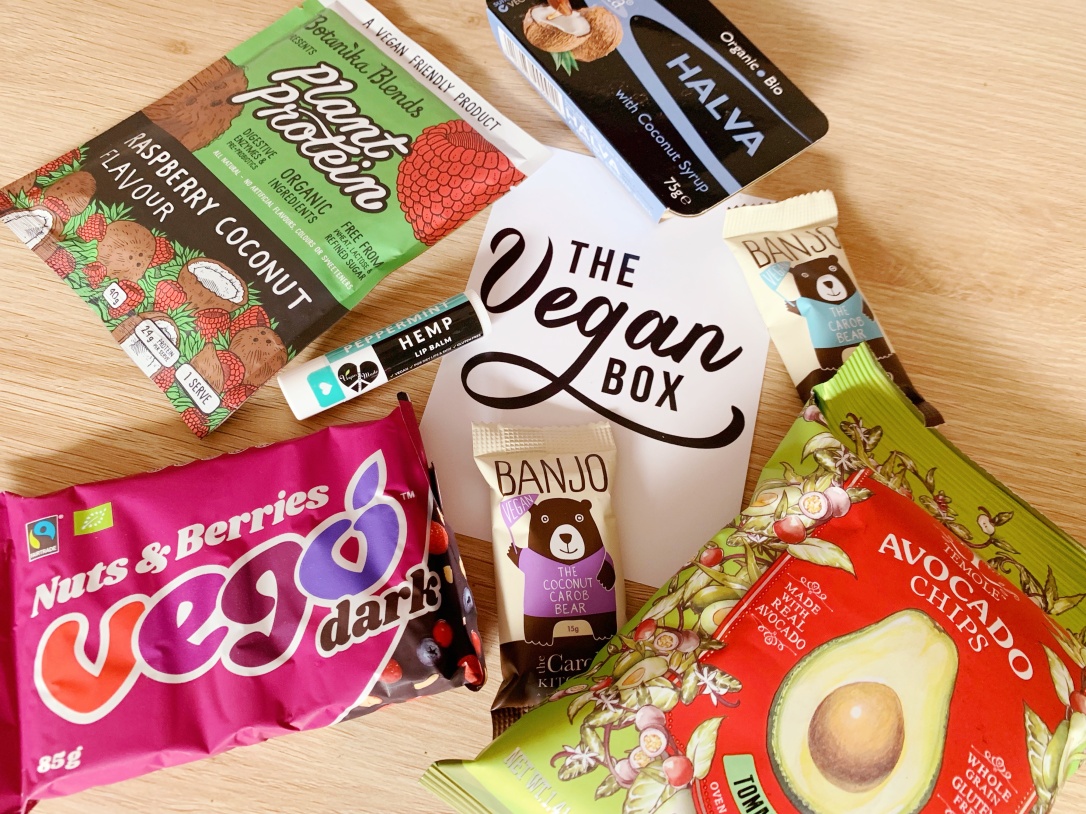 Lots of goodies delivered directly to my door again this month, and it happened to contain two of my favourites Sunita Halva and Vegan Made Delight’s Lip Balm. You may have seen me tout the lip balm previously, and why? because it’s actually super long lasting, works and is so affordable. 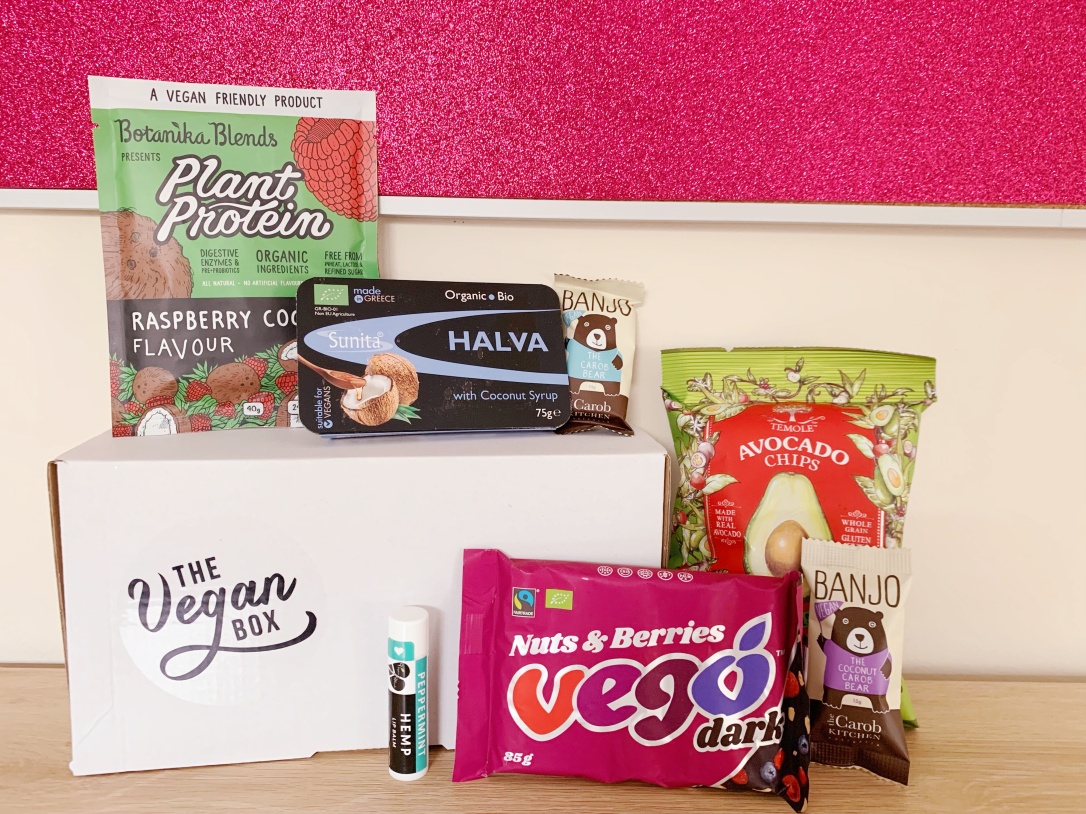 VEGO Dark Chocolate with berries was a favourite and the downfall is that I have to eat the entire thing, there’s no such thing as leaving some for later, it is just so moreish.

There’s also a plant protein powder by Botanika Blends in a raspberry and coconut flavour.

Tomato Salsa Avocado Chips are also included in this month’s box by the Temole company which i am a huge fan of, if you’ve tried their avo chips they’re the bomb and as are their cauliflower chips, they are delicious! 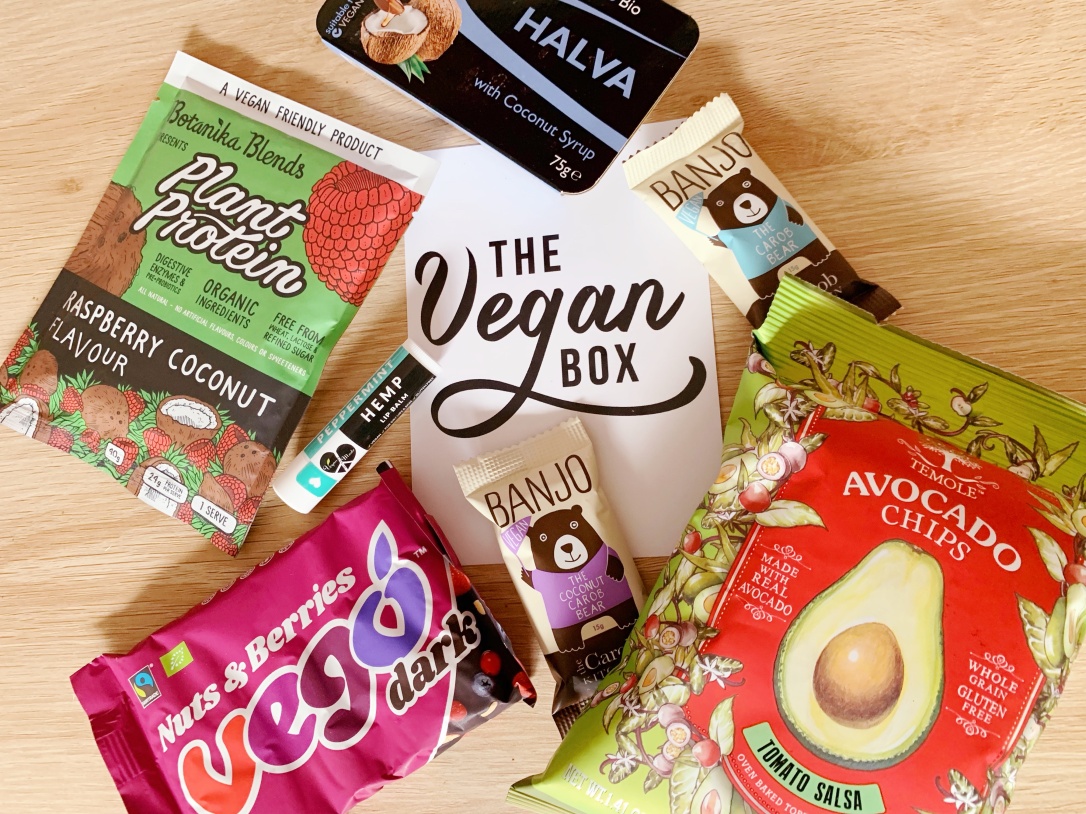 The Carob Kitchen’s Banjo the Carob Bear is also featured in The Vegan Box, and I actually haven’t had one of these for years, which is good because they aren’t as sweet as traditional vegan chocolates and I do enjoy the carob taste.