Skip to content
December 13, 2013 simplynatalielaura
Knowing ‘who, what & where’ is a plus with any kind of produce or product. It can make a huge difference to what and who you’re actually supporting. And as they say, is it another car for a big CEO or is it next year’s school uniform for a local school boy.
It’s great to help out a new, smaller business too, shop small, rather than from the bigger corporations.
Today I was at local fruit shop-
The Coolstore, which supports local growers and has also been around longer than most of the houses in the area.
I met with some members of the Friends for Health: Knox- Blythe and Sarah. I also had a photo opportunity with Nick Wakeling- state member for Ferntree Gully, Mayor Darren Pearce and Parliamentary Secretary for Health, Georgie Crozier. I was awarded a certificate for winning the first week of Knox’s Vegspiration competition through the Friends For Health Knox Facebook Page. 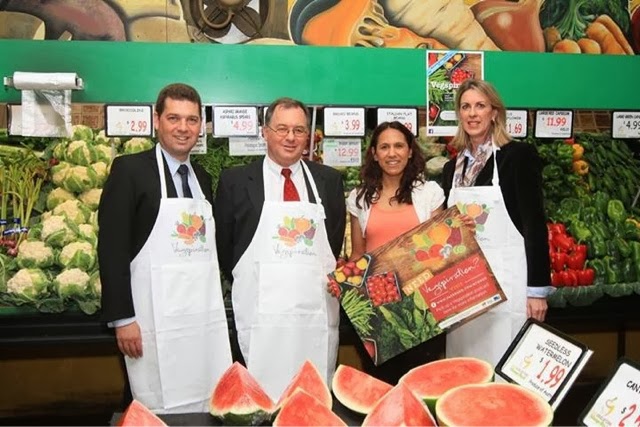